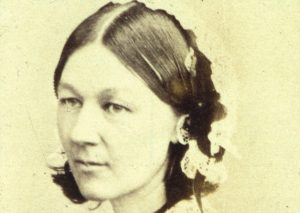 Every year on 12 May we celebrate International Nurses day on Florence Nightingale’s birthday.

Perhaps this year her legacy is more relevant than ever. She is known by many as the ‘lady with the lamp’. This comes from her time in the Crimean war, when she would keep watch over soldiers who had been injured in the war. She erected in Scutari a ‘pop -up’ hospital to care for them. So it is very apt for our seven ‘pop -up’ hospitals to be named after her. She also had difficulty in obtaining supplies of the essentials she needed. For her it was bed linen, bandages and food. For us it is testing equipment and PPE.

Florence Nightingale used an ‘evidence-based’ approach to her work. She gathered statistics to help her campaign for improvements in the care of wounded soldiers. With this approach she could show that more were dying from disease rather than battle wounds. She became the first female member of the Royal Statistical Society in 1858. She founded the first School of Nursing in 1860 at St Thomas’ Hospital, London and contributed greatly to the professionalism of nursing.

David Green is Director of the Florence Nightingale Museum. He commented ‘Today the public are hugely sympathetic to the plight of nurses. When everyone joins in the clap for carers, I’m sure Nightingale would be having a wry smile at how far things have come’.

You can find out much more about Florence Nightingale at the online museum.

Compiled with information taken from Royal College of Nursing Bulletin, May 2020, written by Rachel Healy

Want to get an NHS Home Test kit delivered to your home? Click here

NHS COVID-19 app: emails and SMS messages The contact tracing app is available to download from the App Store and Google Play.

This website uses cookies to improve your experience while you navigate through the website. Out of these cookies, the cookies that are categorized as necessary are stored on your browser as they are essential for the working of basic functionalities of the website. We also use third-party cookies that help us analyze and understand how you use this website. These cookies will be stored in your browser only with your consent. You also have the option to opt-out of these cookies. But opting out of some of these cookies may have an effect on your browsing experience.
Necessary Always Enabled
Necessary cookies are absolutely essential for the website to function properly. This category only includes cookies that ensures basic functionalities and security features of the website. These cookies do not store any personal information.
Non-necessary
Any cookies that may not be particularly necessary for the website to function and is used specifically to collect user personal data via analytics, ads, other embedded contents are termed as non-necessary cookies. It is mandatory to procure user consent prior to running these cookies on your website.
SAVE & ACCEPT